They came to my place. We had a chat I was drunk, I listened to the voices and their plan worked.

They let me stay at home!

But I got told I would be assessed again because I’m so unwell from my cousin!

I believed him so I tried to jump out of my window! So that I can damage myself and run away so I can’t be tortured.

The police came they said she wasn’t sectioned she has capacity and left.

The mental health team were then called back and said an ambulance in on its way and she is now sectioned.

They showed up and I tried to do a runner but got caught both times. But one was before I got to hospital and one walking in.

I got restrained, and put in seclusion. I was stripped naked with everyone watching.

Given a dress and blanket both rip proof.

And left there for 7 and a half hours on my own in a locked room!

Then they agreed if I took the meds I could leave the room.Olanzapine, zopicone and pregabline.

I didn’t want to take olanzapine the antipsychotic but they said the would inject me and I would stay in the cell all night.

So I agreed and went to my room and swiftly threw up!

I now have no olanzapine in me and I’m out of the room!

They said I was aggressive and abusive and possibly hurt someone!

I don’t remember I don’t even remember my cousin leaving! I miss him so much but it must have been horrible to see what they did! 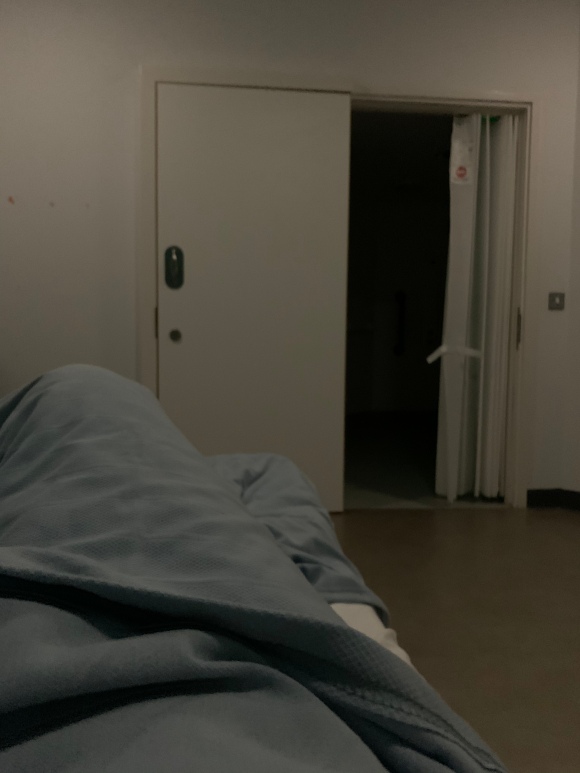